Are you ready for Ben? With a hot single already under his belt, the energetic “Money Calls,” the newly-minted Harlem rapper’s on the rise and poised for great things. Since being signed to NYC-based label Polo Grounds Music, Ben’s been hard at work in the studio and is gearing up to dominate the game with a steady stream of hot singles that are sure to gain him greater notice.

The 19-year-old Ben grew up listening to Rick Ross and Drake, eventually dropping out of high school in tenth grade (“It wasn’t for me”) to pursue various entrepreneurial hustles full-time: “I wanted to start my own business.” Less than a year ago, he ran into a former assistant at the high school he used to attend, who just so happened to have recently opened a recording studio in Harlem. “I bumped into him while I was hustling, and he invited me to come to his studio. I wasn’t into it, but my brother put me on.”

Ben claims that his start at rapping was effectively an “accident” (“It was never like, ‘I want to be a rapper’—I was just lucky”), but after busting a freestyle in the studio booth, it was clear what his chosen career path was. “Everyone outside was shocked,” he recalls about the studio session. Shortly thereafter, Ben and his brother pooled together their money to get together Ben’s debut single, “Money Talks,” featuring Brooklyn rapper Jay Critch, who his brother put him on to.

“As easy as I’m making it seem, it was as easy as it happened,” he explains about putting together “Money Talks” and its evocative, intense video. “Me and my brother were always hustling, so we had the money to do a whole video treatment as well as clothes, cars, studio budgets, paying other artists. We had the money to do things that other aspiring artists couldn’t do.”

As “Money Talks” hit the internet, the buzz was building from sites like WorldStar; eventually, label offers started rolling in, and Ben ultimately chose to sign with Polo Grounds. “I never had dreams of making music—I was just doing something new,” he explains on his quick come-up and why he eventually chose Polo Grounds. “I felt a closer connection with them. I’d seen artists on their rosters, compared to other labels’ artists.”

As far as inspirations go, Ben cites Memphis vet Young Dolph as a rapper he looks up to: “He did something that a lot of other rappers never did before,” he exclaims. “He’s got a lot more money than most rappers—he’s everything.” Harlem native Diddy also looms large, as Ben cites “the entrepreneurial mindset” that he shares with the hip-hop mogul.

And what’s next for Ben as he builds his own rap empire? He’s hard at work in the studio, with forthcoming singles set to drop in the months to come: there’s “Reloaded,” a song featuring Southside Jamaica’s LouGotCash riffing on reluctantly giving your number to women at the club, which Ben recorded earlier this year before decamping to Miami for some much-needed head-clearing. New song “Raptor” is also soon to come, in which Ben prophesizes his ability to turn up at any venue he attends.

“I’m putting Harlem back on the map,” Ben states about his future ambitions as he builds his career. “No one’s put on for Harlem since A$AP—that’s just how I feel. It’s been quiet, but I’m all about being that cool Harlem kid.” Indeed, Ben is the latest estimable talent to come from the famed Manhattan neighborhood, and you’re more than likely to hear plenty more from him in the future. 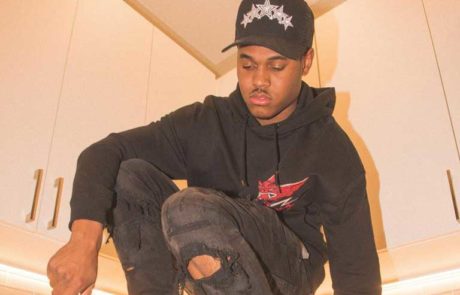 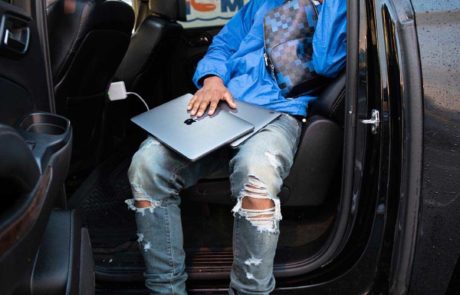