Brooklyn’s long been a hotbed for the latest and greatest in rap talent, and Jay Guwapo is the borough’s next rising star. The East New York native is just 18 years old, having picked up rap as a career a year ago—but he’s already making moves that artists with years on him have yet to accomplish. With a series of buzz-generating street singles and a sure-to-be-fire debut mixtape on the way this year, Guwapo’s talent and hybridized musical style will surely only gain more recognition to come.

While growing up in East New York, Guwapo attended high school in Queens for the purpose of staying out of trouble—but, as he puts it, trouble seemed to find him anyway: “I tried to stay out of the mix, but I ended up getting in it. My mom sent me to school in Queens, which is not as crazy as Brooklyn, but I still ended up in the mix, getting in trouble. The mix came—in Brooklyn, you’re surrounded by it, you can’t get away from it.”

Eventually, music entered his life, both through teenage fandom of Lil Romeo (“Every time I listened to music, I’d listen to his shit”) and his burgeoning interest in the hard-hitting sounds of East Coast drill music. “That was the lane everyone was taking, and I switched it. Everyone was lit, but my flow was different—all that get-money stuff I was talking, I was doing way better. Everyone was telling me, ‘You way hot.’ I was switching lanes.”

Guwapo started pursuing rap in earnest, pumping out heretofore unreleased tracks that started making noise in the NYC rap scene and eventually teaming up with Russ and K. Balla’s From Nothing record label. “Everyone was getting clouted off of rap,” he explains. “I started doing songs for fun. Rapping comes as a hobby for me. My unreleased tracks started going crazy—everyone started snapping. That’s how Brooklyn works—you get your unreleased tracks out and get hot.”

“Downbad” from earlier this year marked his proper debut single, featuring chilly production and Guwapo’s now-trademarked “R&B-drill” sound: “I made that at my son’s crib—I was just chilling, and I was thinking, ‘If I’m getting all this notice, I need a hit right now,'” he reminisces on the creation of “Downbad.” “Once I made the hook, we were like, ‘This is gonna sound crazy on the beat.’ I went to my crib and did the verse myself. Most of the time, I can work good in a small environment. When my parents aren’t home, I like to go and do my songs there. I came back to the studio to do a second verse, and I did it.” From there, the hits kept coming—starting off with the bombastic, piano-driven “Too Late”: “I had to come back with something ASAP to keep ’em coming. I didn’t really promote it as much as I could’ve, but it was going gucci—everybody was feeling it.”

Then came the languid, melodic “Drip Sauce,” a collab with fellow Brooklynite KJ Balla: “That’s KJ and me in the studio just doing us—that’s regular,” he explains. “It’s a song that we didn’t plan on doing. I went in the booth, it sounded good, then KJ got on it and it sounded crazy.” After posting the preview that same day, WorldStar took notice and reached out to Guwapo to support the track, which only elevated his profile higher: “They hit me up the same day and were like, ‘Let’s put this out there. Let’s get it on.'”

Since then, Guwapo’s dropped a few more choice tracks, including “Steppin’ Out” (“We just went shopping not too long ago, so I was thinking about the Givenchy and Louis back in my crib”) and the grim, serious “Well Explained”: “It was a lot of shit that was happening. I talk to my fans in every song, and I was telling them, ‘I’m not for the violence, but violence can happen.’ We’re not for it, but I’m letting them know it can happen.” Eventually word got around to star-making label Polo Grounds Music, whose B. Jacques took particular interest in helping Guwapo take his career and talent to the next level. “A lot of people were reaching out, but no one connected with me like my son B,” he enthuses. “The love felt different from what I felt from nobody else.”

What’s next for Guwapo? His debut mixtape. “I’m trying to get it across that I’m here and I’m nice,” Guwapo explains regarding his goals with the forthcoming mixtape, set to drop later this summer. “I’ve come along, and it’s about to go crazy. I want everyone to know that I’m here. Everything that I’m saying you can relate to—that they wanna live and wanna have, their motivations—and I’m spitting good. That should be enough for everyone.”

“It feels good to know where I’m at—it’s a good place to be,” Guwapo reflects on his amazing come-up, and what goals he’s setting his sights on next. “But I know I gotta keep going crazy if I want to go farther. I don’t want this to just be where I’m at. I feel great, though.” And where does he see himself in five years? Young, successful—and able to prove it: “I wanna be choosing which car I wanna take out of my lot.” If Guwapo keeps moving the way he’s been, he’ll be facing that choice sooner rather than later. 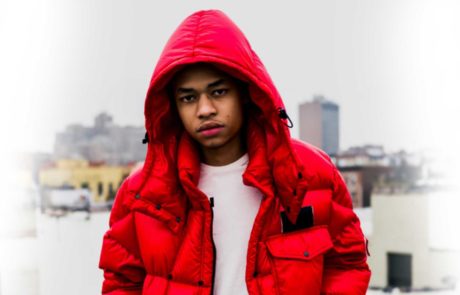 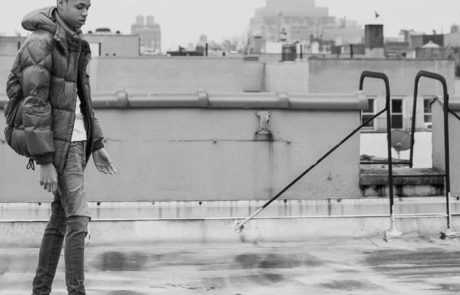 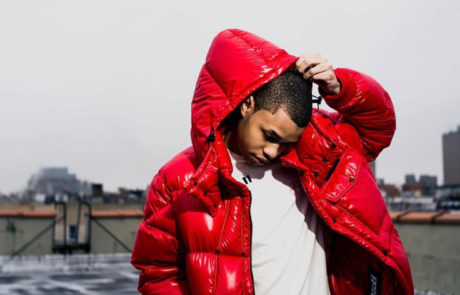