As Velocity Music, Anthony Barfield and Orrin Wilson draw from their rich fount of musical knowledge to craft some of the most innovative and ear-catching production in hip-hop and R&B today. They’ve already worked with artists ranging from Chris Brown,Trippie Redd, Lil Wayne Young M.A. and Melii to name a few—and now that the duo has signed
to PoloGrounds Music, they’re just getting started.

Wilson hails from New Orleans, where he took up the trumpet in fourth grade and took private lessons on the side as he became enveloped in the world of music. “It’s always the true musicians you hear in New Orleans—brass bands,” he states. “In New Orleans, if you played an instrument you were a cool kid—just like kids who played sports in other places.” Alongside his diet of classical music, jazz, Motown, and the blues, Wilson was equally drawn to the sounds of hip-hop luminaries like A Tribe Called Quest and Gang Starr.

By the time he reached high school, he was “sold on music,” writing arrangements for the high school marching band and attending the Louis Armstrong Jazz Summer Camp. After high school, Wilson studied music education at Southern University A&M College and took part in their prestigious marching band program, studying under the great clarinetist Alvin Batiste and Dr. Isaac Greggs in the process; he went on to attend Southeastern Louisiana University for a masters in 2005; while working on his PhD at the University of Nebraska-Lincoln, he struck out for New York City in 2010 to finish writing his dissertation and attend the prestigious Manhattan School of Music to study classical and jazz trumpet.

Barfield, grew up in Mississippi on a “very large farm” that spanned 500 acres and 40-50 beef cows per year. “My childhood consisted of a lot of hard work—building fences, hauling hay, driving the tractor, basic grunt work,” he remembers. Barfield’s first introduction to the world of music was through singing in the church choir with his mother and sister—and it didn’t end there. “We’d sing hymns in trios on the way to school,” he remembers. “My mom would sing the main melody, and my sister and I would sing the harmonies. Without even having formal training at that point, the ear training I received through that was incredible.” Raised on a musical vocabulary spanning Frankie Beverly and Maze,
Mississippi blues, and ’80s pop like Depeche Mode and Talking Heads, Barfield Initially wanted to play percussion before his parents steered him in a different direction: “My parents were like, ‘Percussion is a little bit expensive—we’re just gonna get you this cheap-ass trombone.'” He took to the instrument anyway while experimenting with recording
software and equipment passed down to him from a cousin in Atlanta. “When you find something new and exciting, you’re gonna spend all of your time doing it. I’d stay up until 4 am making beats and go to school the next day tired as shit.”

After high school, he attended University of Alabama before transferring to Juilliard in New York City to study classical trombone—all the while taking “unofficial” lessons as a composer. Barfield met Wilson through his wife at a NYC party, the latter two of which having attended grad school together:

“We chopped it up and he told me he was from Louisiana, and I was like, ‘We’re practically next-door neighbors—we’re
family!” The pair lived together for two years while not yet understanding he common bond that would soon guide their careers: “We knew of each others’ abilities, but we didn’t know we were focused in hip-hop production because we always focused on talking about classical stuff.”

One day. Barfield caught a glimpse of Wilson’s iPad with I Maschine software sitting on their apartment countertop. “I was like, ‘Hey, I’m basically doing the same thing here!’ We were like, ‘Let’s officially do this,'” he remembers. “We both sensed we wanted to go full-force with it. We were excited to create something that could potentially meet the
masses.” Diving headlong into production, they worked with foreign artists, Lil Wanye, and Keyshia Cole before landing their first placement with Mariah Lynn in 2015, eventually producing “Too Much Money” and “Bad Gal” from. “It was exciting to get the phone call for that, and to see our credits on Spotify,” Wilson recalls. “It was like, ‘This is real—it’s not a game.”

The following year, they started working with Chris Brown: “We opened up Instagram and we saw a video of Chris Brown singing to one of our songs. We were like, ‘What?!’,” Barfield exclaims. “We were completely blown away.” Velocity Music ended up contributing to Brown’s Heartbreak on a Full Moon and 12 Days of Christmas , as well as Young M.A.’s infectious “Petty Wap.” “We just wanted to create something that’s uptempo that’s fun but also has some depth to it,” Barfield explains while talking about the beat’s creation. “She’s one of those types of artists who goes against the culture a little bit.”

Wilson cites inspirations ranging from Timbaland and Pharrell to Max Martin, Tommy Brown(TBHits), and Benny Blanco, but when Velocity Music get in the studio, the only reference points lie within their own imaginations. “The challenge for creating works for specific artists is being able to listen to what they’ve done already and trying to think about
what they’re gonna sound like next year, and the year after that,” Barfield explains. “Whenever we sit down to create, we’re like, ‘Let’s sit down and see what kind of craziness we can create.'” “We came from a world where you play music by sight, but to create music from a blank canvas—the creativity is sparked from the artist’s work,” Wilson continues. “It’s a pretty marvelous thing to do.”

And after signing with PoloGrounds Music at the end of 2018, there’s more marvelousness to come, with recent record “Copy,” for on-the-rise rapper Melli and contributions to future projects with Chris Brown, and Young M.A., among others. “It’s gonna be a big push working with songwriters, because it’s easier to sell a product when everything is finished,” Barfield states while discussing the year ahead “We’re working our asses off and being as creative as possible. “We’re working hard, making connections, and trying to produce timeless music,” Wilson adds. “Music’s that one thing we all have—it keeps us at peace and connected to each other.” 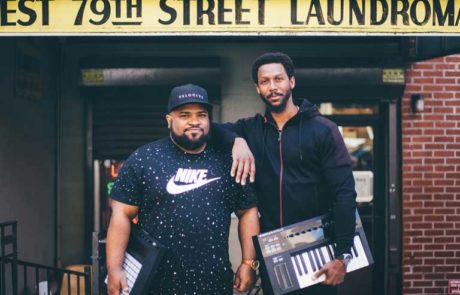 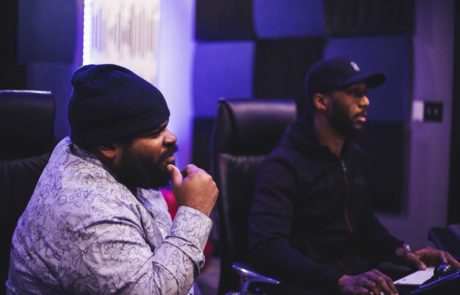 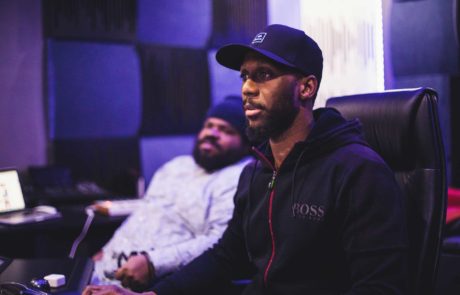